From Pack Mule To Automated Killing Machine - Can You Say Skynet?

Defense contractor Northrop Grumman claims that the .50-caliber M2 machine gun it mounted on it's CaMEL, Carry-all Mechanized Equipment Landrover, for the Association of the U.S. Army’s Washington conference was for impact only. "Quite frankly, a weapon on a robot brings people into the booth" says Jon Aderson.
The company has sold 60 CaMEL units to the Isreali military, which traditionally carry up to 1200 pounds of equipment at up to 7 miles per hour. The US military also is said to be interested in the device, which version of the device is not really clear... Anderson calls the gun mounted one on display at the conference a "new application".
I love robots but I believe this breaks at least one of Asimov's three laws of robotics! 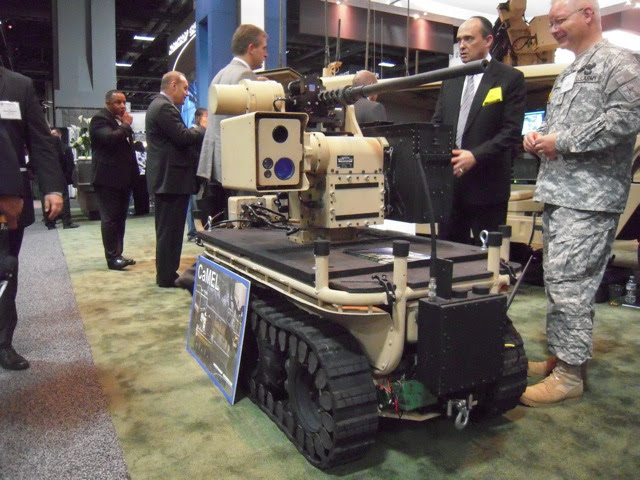 In September Craigslist shut down it's prostitution ads in the U.S. when it received complaints from the attorneys general of 17 states. The ads have persisted outside of the U.S. however and on Friday Alberta's Justice Minister and Solicitor General sent a letter to Craigslist requesting the removal of erotic ads appearing in this country following suit of 3 other Canadian Provinces.
"Alberta has and will continue focusing on investigating and prosecuting any allegations of human trafficking whenever the evidence warrants,"  Alberta Justice spokesperson Jody Korchinski said.
"However, the ministers also recognize that advocacy and awareness … does also play an important role, which is why they decided to lend their support to their colleagues which have raised this issue in past weeks."